and the above Officers

The Winkle Club rules can be somewhat complicated and have proved so often to be pitfalls for the unwary – to the advantage of the funds:

1. The first rule is the challenge to ‘Winkle Up‘. If a member challenged can not produce his winkle, he must be fined (nowadays a £1 fine, going to good causes). But if the challenger fails to report the delinquent before the following Saturday, he has to pay a double fine
2. The winkle must never pass out of the owner’s possession and he must always produce it when challenged. A favourite trick is for one member to say to another: “Put your winkle on the table for a moment; I should like to compare it with mine for colour” – or size or any other excuse. If the other fellow in a thoughtless moment puts his winkle down, he at once becomes liable for a fine. Moreover, no member may ever have two winkles in his possession. Another artful dodge is casually to invite a member to pick up and examine a second winkle with some appropriate remark – “Have you ever seen one like that?” or something of the sort. If he unthinkingly takes it, he is at once in trouble and a fine is duly levied
3. Anybody challenging a non-Winkler too has to pay up
4. It is frequently easy to induce a member to ‘go over and Winkle Up old so-and-so there in the corner for a lark’, only to find that old-so-and-so is not a member. Another fine. All’s fair in Winkling-up and it all goes to charity
5. No member may Winkle-Up a man at work or driving or doing anything else that requires concentration – this rule came into being many years ago after Albert Dighton had challenged Dick Betts when the latter was riding his bicycle. Startled, Dick braked too quickly and shot on to the road.. 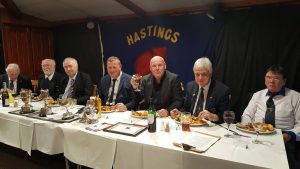 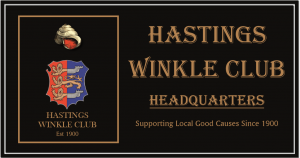